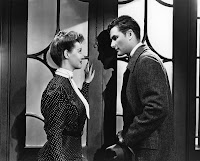 Davis tries her best but still can't save this awfully silly melodrama, which is so histrionic that its incorporation of the disastrous 1906 San Francisco earthquake comes as just another trauma in the characters' lives. Despite the title, the movie isn't really about the titular siblings, played by Davis, Anita Louise and Beulah Bondi; Davis' Louise takes center stage via her romance with a brooding writer played broadly by Errol Flynn, who looks rather uncomfortable as a drunkard. Louise leaves her small Montana town to elope to San Francisco, where she endures her husband's alcoholism and unemployment, a miscarriage and the aforementioned earthquake.

Meanwhile, her sisters' travails are relegated to rushed subplots that periodically pop up out of nowhere, making their own melodramas (infidelity, widowhood, divorce) seem comically rushed and exaggerated. It all builds to a pitched climax that's hardly believable (and was changed by the studio from the original ending in the source novel). Many scene transitions start with close-ups on the opening paragraphs of chapters from that popular source novel, giving the movie the tone of some condensed reenactment. My guess is that the younger sisters probably had a lot more face time in the book.

The score is overbearing, the writing is clunky (this is a movie where characters actually say "consarn it"), and the acting is mostly mediocre. Davis has a few strong moments when her face registers doubt or contempt while her heart forces her to press on, but mostly she plays the melodramatic beats as plainly as everyone else. This movie came between Oscar nominations for Davis for Jezebel and Dark Victory, and it was clearly just marking time.
Posted by Josh at Thursday, April 08, 2010