I really wanted to like My Generation, and some early reviews suggested that it could be this season's version of My So-Called Life or Friday Night Lights or Felicity, a heartfelt, perhaps overly earnest look at people's lives and relationships. And there are moments in the pilot when it almost succeeds at doing that, but it's held back by a bizarrely limiting and inappropriate format, characters who are a special kind of one-dimensional and writing so reliant on coincidences and contrivances that it's almost comedic. This is the kind of thing that seems like a good idea in theory and then totally falls apart in execution. I really can't see how it can sustain itself as an ongoing TV series.

The idea is that a documentary crew followed around nine high-school seniors in 2000, and is now returning to document their lives 10 years later. So it's the suddenly popular mockumentary format, used for a relationship drama, and that presents problems right away. A show like this is predicated on the characters having many raw emotional moments together, and it stretches credibility even in the pilot that the camera crew (which is very much a part of the show, unlike on The Office or Parks and Recreation) would be there to capture it all. Plus, since the crew is only following these particular people, they have to all still hang out with each other (and only each other), and all still live in the same city. The pilot makes some concessions to a handful of characters having moved out of town, but by the end all but one (who is deployed in the military) ends up back in the same location.

Then there's the time-capsule element, which is supposed to show the scope of historical change in the last decade, but mostly just amounts to awkwardly throwing various characters into big historical events. One guy's dad worked for Enron! This guy joined the military after 9/11! Someone else was devastated by the financial crisis! It's silly and contrived, although not as much as the way that nearly every character has some sort of perfectly ironic about-face from their stereotypical high-school role. The overachieving go-getter? He's now a surf bum living on the beach. The punk rocker? She's now pregnant and married to a soldier. The shy wallflower? She got knocked up in high school and has a nine-year-old son. And so on.

Just one or two of these contrivances could be forgiven as necessary for the show's set-up or as byproducts of getting things in place for a pilot. But taken together they make it impossible to take the show seriously, and it doesn't help that the actual dialogue and storylines are mediocre. I'm all for a decent 20-something soap that wears its heart on its sleeve, but My Generation is way too much of a pretentious mess to fit that bill.

After watching something like 23 fall TV pilots in the span of a week and a half, I have come to the conclusion that I would like never to see another lawyer or cop on TV again. Exhibit A as to why is Outlaw, the moronic new NBC legal drama in which a Supreme Court justice (played by Jimmy Smits) with a penchant for casino gambling (!) resigns from his position (!!) and forms some sort of super-team of lawyers, then takes on as a client the defendant in the last Supreme Court case he ruled on before resigning (!!!). Also, he's a charismatic hottie whose star associate is in love with him, and who hires a sexy, unscrupulous private investigator to do his snooping even while he's on the Supreme Court.

Obviously we don't expect realism even from the most high-minded courtroom dramas, but the premise of Outlaw, not to mention every single one of its characters, is so laughable that it's impossible even to focus on the boring, boilerplate case that makes up the first episode's ostensible plot (guy wrongly accused of murder, blah blah blah). There's a pathetic attempt at political intrigue because Smits' character is the only person ever to have resigned from the Court and he no longer plays by the rules, is a maverick (or outlaw, perhaps), etc., and the evil elected officials can't tolerate that. But the shady guys following him around are just as contrived as everything else on the show, and even the welcome presence of Carly Pope as the dirty, sexy P.I. who clearly belongs on a totally different show can't save this trainwreck. Lawyers, begone! 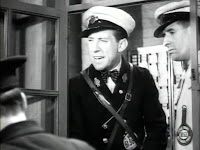 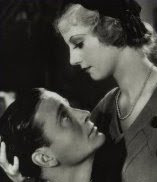 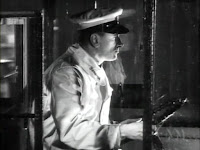 I did appreciate the performance by Jessie Matthews as a chorus girl torn between her dull schoolteacher fiance and a sleazy producer who offers her the chance to dance in Paris. She brings a level of liveliness and naughtiness to the role that isn't matched by any of the other actors, who all either overdo the comedy or play things too sleepily. Matthews has wonderfully expressive eyes and a sly twinkle that indicates something more going on behind them, and her character gets to be assertive without looking like a harlot. She's worth checking out, but the rest of the movie is notable only for the curiosity of its title.
Posted by Josh at Monday, September 13, 2010 No comments:

As I have mentioned probably more times than is healthy, I love the movie Bring It On, and one of the things I love about it is the way that it takes an institution and group of people that are traditionally derided and takes them seriously, shows their value and gives a rich portrait of them as human beings (I'm talking, in this case, about cheerleaders). It's part of why I love Friday Night Lights and Huge and why I wish I could love Glee. And it's definitely a big part of why I kind of loved the pilot for the new CW cheerleading drama Hellcats.

Now, don't get me wrong: Hellcats is no Friday Night Lights or Huge. It's no Bring It On, either, even though it often plays like Bring It On: The College Years, and heavily references the movie in one scene. It doesn't, at least at this point, have the same level of character complexity or subtlety, and its main stars (Disney-bred actresses Aly Michalka and Ashley Tisdale) are not particularly known for their acting range. But what it does do is treat cheerleading like a real, serious thing, an activity every bit as legitimate as any other collegiate pursuit that could theoretically be the subject of a TV drama. And like Bring It On, it has a sense of humor that doesn't come at the expense of its self-respect, even when it's gently mocking its own characters or storytelling conventions.

Michalka and Tisdale aren't amazing actresses, but they're extremely likable, as is the rest of the cast (Gail O'Grady, as Michalka's character's mom, is always a welcome TV presence). The cliched set-up of the bad girl forced to join the cheerleading squad is already shaken up in the first episode by her befriending the perky head cheerleader (again, shades of Bring It On), and there are plenty of ways for the show to go in more unexpected directions as it moves forward. I've only seen the original pilot presentation, which isn't quite a full episode, and certainly subsequent episodes could turn out to be nothing but collections of cheesy cliches. For now, though, in a season full of dismal, boring new shows (and I've watched them all), this is one of my favorite new shows of the fall, and one of the top two most entertaining.