Sadly, Friday the 13th Part VIII: Jason Takes Manhattan is the last movie in the original Friday the 13th series that I'll be able to write about for this project, since the rest of the movies before the 2009 remake (Jason Goes to Hell: The Final Friday, Jason X, Freddy vs. Jason) lack the number 13 in their titles. Also sadly, Jason Takes Manhattan is a pretty lame send-off, lacking even the meager charms of some of the earlier installments in the series. The biggest problem is the grossly misleading title, which promises a New York City rampage for the hockey-masked killer, even though budget constraints infamously kept the production from actually being filmed in NYC (aside from a handful of scenes). Instead of slashing his way through the Big Apple, Jason spends most of his time as a stowaway on a New York-bound cruise for graduating high school seniors from near Crystal Lake. A more accurate title might be Jason Takes a Boat.

Of course, while he's on the boat, Jason busies himself with killing as many of the attractive, dumb teenagers as possible, in his usual manner. As in Jason Lives, he's resurrected thanks to a timely jolt of electricity, and as in The New Blood, he rises from the bottom of the lake itself. The method of Jason's return doesn't really matter, of course (it's presented in as perfunctory a manner as possible), but even Jason's murder spree feels entirely rote this time around. The killings are surprisingly tame, often with minimal bloodshed, and Jason's status as an entirely supernatural force (at one point he literally punches a guy's head off) makes him essentially indestructible, taking any possible suspense out of the story. He dutifully picks off the interchangeable characters one by one, until no one is left except the Final Girl (who has some questionable backstory connection to Jason) and her love interest.

At least by that point they are actually in New York, although even the scenes set in New York were mostly shot in Vancouver. The last 20 minutes of the movie do feature some of the moments you'd expect from a movie titled Jason Takes Manhattan (Jason in Times Square! Jason on the subway! Jason in a greasy diner!), but mostly the characters end up running around back alleys and tunnels that could be anywhere. Jason's final defeat hinges on a nonsensical alleged function of New York City sewers, and the attempted thematic resonance with the main character is completely hollow. At the end, the last survivors just walk off into New York City as if none of it meant anything, which of course it didn't.

For past editions of the White Elephant Blogathon (in which participants write about a randomly selected movie chosen by another participant), I've covered the innocuous Dr. Dolittle: Million Dollar Mutts, the bizarre Scorpion Thunderbolt and the tedious The Beast of Yucca Flats. This year I was assigned Underground Aces, which is probably the most entertaining movie I've gotten to write about for this project, even though it is, like all the other White Elephant movies I've written about, completely terrible. 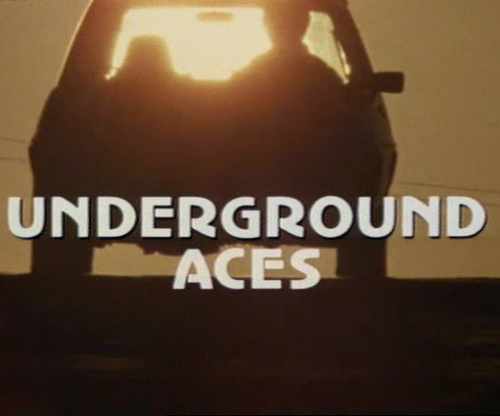 In the vein of Caddyshack or Car Wash, Underground Aces features of a group of fun-loving misfits working menial jobs for an uptight boss, but mostly spending their time goofing off and hooking up. In this case, they're parking attendants at a Los Angeles hotel, which offers plenty of opportunities for "comical" vehicular carnage. These people destroy more cars than a demolition derby, and should certainly all have been fired and/or arrested long ago. They don't even face much opposition from the hotel's useless authority figures, a deadpan manager played by Jerry Orbach and an apoplectic head of security played by Frank Gorshin.

Orbach and Gorshin are just two of the familiar faces in the cast, which also includes Melanie Griffith, Dirk Benedict (of Battlestar Galactica and The A-Team fame), future Police Academy star Michael Winslow (playing a character who speaks exclusively in sound effects), Robert Hegyes (aka Epstein from Welcome Back, Kotter), and B-movie staple Sid Haig. Despite the surprising star power, Underground Aces is a strictly second-rate affair, a haphazard collection of lame jokes and one-dimensional characters, with barely any plot to speak of. The most prominent storyline involves some sort of Arab sheik posing as a parking attendant in order to seduce a bride-to-be whose wedding is being held at the hotel, and it manages to be both sexist and racist, in addition to completely nonsensical. 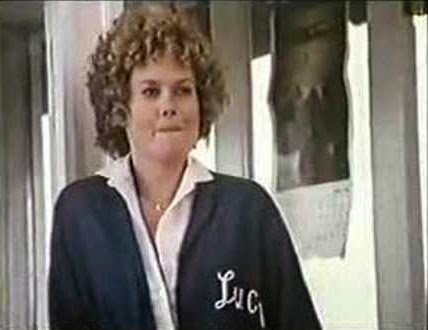 The actors breeze through their roles with minimal effort, and the comedy is similarly half-assed. This is the kind of movie that features two different fast-motion montages set to "wacky" fiddle music. Aside from a predictable gag involving a woman getting her clothes ripped off after they're caught in a car door, there isn't even any nudity to distract from the lazy writing and bored performances. The movie peaks during the opening credits, with the funky theme song by the Commodores playing over images of the wide variety of parking structures in Los Angeles. Neither that liveliness nor that authenticity shows up again for the rest of the running time. (The whole movie can be seen on YouTube, if you're curious.)

Kevin Cecil wrote a very thoughtful piece on my pick, The Minstrel Killer, aka Blackface Killer.
Posted by Josh at Sunday, June 01, 2014 1 comment: