Triskaidekaphilia: 'Shriek If You Know What I Did Last Friday the 13th' (2000)

It's probably not a good sign when the best way to identify your film would be as "the poor man's Scary Movie." Shriek If You Know What I Did Last Friday the 13th was released direct to video a few months after the first movie in the alarmingly successful horror-movie parody series, and while Scary Movie has spawned four sequels and is apparently beloved by many, Shriek has been justifiably forgotten. As far as quickie spoofs go, Shriek is at least more structurally sound than movies like the works of infamous duo Jason Friedberg and Aaron Seltzer, and the filmmakers (writers Sue Bailey and Joe Nelms, director John Blanchard) have a decent grasp on their most obvious targets (Scream and I Know What You Did Last Summer). The opening scene is a fairly impressive re-creation of the opening scene from Scream; the only problem is that none of its jokes are remotely funny. At times it's not even clear what the jokes are meant to be. 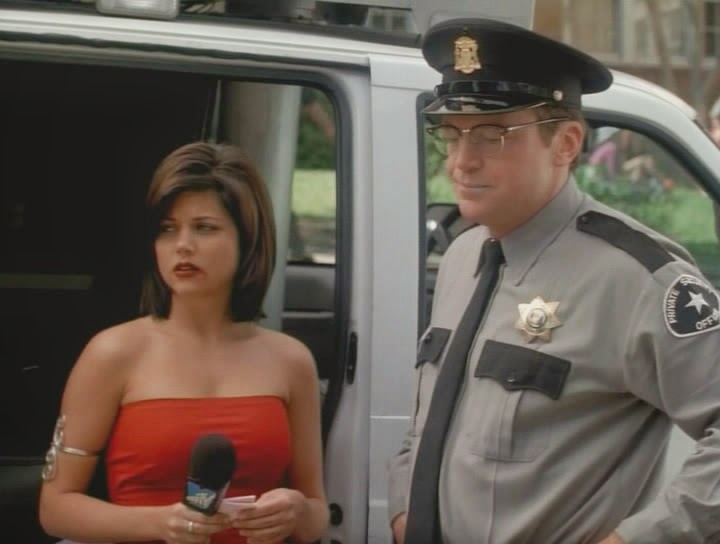 That problem pervades the generally laugh-free movie, which, like Scream, takes place in a small town menaced by a hooded and masked killer. Obviously plotting isn't a major concern in a spoof, but Shriek is so listless that the incoherent plot ends up dragging it down, and the requirements of a parody mean that the filmmakers have to include large chunks of plot from both Scream and I Know What You Did Last Summer. There are also the requisite references to other horror movies (including Child's Play, Halloween and, of course, Friday the 13th), as well as an inordinate fixation on Dawson's Creek, which extends to naming one of the characters Dawson Deery (a play on Dawson Leery), even though he does nothing at all that's reminiscent of the character he's named for. There is exactly one clever idea in the movie, a brief bit about the characters being aware that they're in a parody (much like the characters in Scream are aware of the rules of horror movies), which might have made for some successfully self-aware commentary on self-awareness, but it disappears as quickly as any of the other half-formed comedic riffs.

The cast is a who's-who of people who needed money at the end of the '90s, including Tiffani Thiessen, Tom Arnold, Simon Rex, Coolio, Heather Graham's sister Aimee, Artie Lange and, uh, Shirley Jones. Buffy the Vampire Slayer recurring players Julie Benz and Danny Strong (now an Emmy-winning writer) play two of the main characters, and while Benz actually comes off fairly well, Strong radiates desperation as the nerdy virgin character (who ends up in a running, half-assed American Pie parody). The producers seem to have spent most of their money on casting, because the movie's aesthetic is grubby and cheap, with limited sets and fake-looking special effects. The art of filmmaking is even less of a concern than plot mechanics in a movie like this, but the lack of style and grace speaks to how little anyone involved seems to care about the finished product.
Posted by Josh at Friday, March 13, 2015 No comments:

Bette Davis apparently cited Parachute Jumper as the worst movie she ever made, and clips from it were used in What Ever Happened to Baby Jane? to illustrate the terrible roles her character was forced to take. To be fair, Davis is pretty bad in this movie, but the film itself isn't nearly as awful as plenty of others she churned out in the '30s, or some of the truly dreadful stuff from late in her career. Maybe because she was annoyed at being stuck with yet another faithful girlfriend role, Davis coasts through Parachute Jumper, affecting a terrible, inconsistent Southern accent as a woman nicknamed "Alabama." She's the third most important character at best, behind star Douglas Fairbanks Jr. as former military pilot Bill Keller and Frank McHugh as his buddy and fellow former airman Toodles. 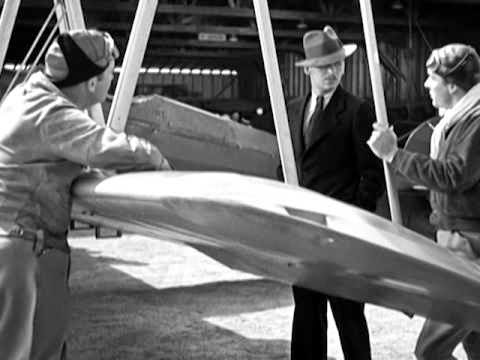 The two of them get booted from the Marines after going AWOL and getting drunk in Nicaragua, and they find themselves broke in New York City at the height of the Depression. Although it's mostly a lighthearted caper, Parachute Jumper does show some of the harsh realities of the Depression, including Bill and Toodles sharing the same worn-out suit to look for work, and Bill and Alabama joking about eating a stray cat. That comes soon after the two of them first meet, and she immediately shacks up with Bill and Toodles, amid plenty of sexual innuendo. The pre-Code naughtiness is Parachute Jumper's greatest appeal, and it includes lots of double entendres, drug-dealing and murder, characters in their undershirts, and Toodles giving the middle finger to a rude driver. 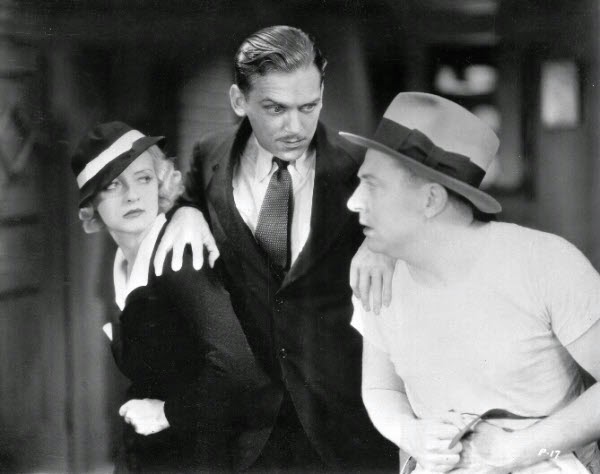 But the plot is a bit of a mess, jumping from the trio looking for jobs to Bill getting hired as a chauffeur for a randy socialite to its eventual focus as all three go to work for a suave gangster named Weber (Leo Carillo). They come across as simultaneously naive (believing Weber's story about border patrol agents really being hijackers) and devious, and they eventually scheme to bring Weber down, mainly because working for a criminal organization has become too risky to justify the money. They manage to escape without any legal consequences, and the movie ends with Bill and Toodles rejoining the military (from which they couldn't wait to get away), because that's apparently the only reliable source of income, and slightly less risky than working for the mob. It's a haphazard ending to a haphazard movie that never really figures out what it's supposed to be about.
Posted by Josh at Tuesday, March 10, 2015 No comments: