Under their generic titles, USA's new dramas Rush and Satisfaction are both trying to do something a little different for the network, but neither one really succeeds. Rush is by far the more familiar USA show, a medical procedural with a slight twist, although it attempts a darker tone than most of USA's relatively lighthearted procedurals. A little bit House, a little bit Royal Pains, a little bit Ray Donovan, Rush follows the title character (Tom Ellis), a hard-living doctor who caters to the private needs of L.A.'s rich and famous, when they have medical problems that they need taken care of on the down-low. Dr. Rush has his own problems with recreational drugs as well as a vaguely alluded-to traumatic past, but it's all pretty standard tortured-hero stuff. He purports to be cynical and uncaring, but of course by the end of the first episode he shows that he really does have a moral code.

In that sense, Rush conforms pretty well to the USA drama template, with characters like Burn Notice's Michael Westen who operate outside the law and appear to be selfish on the surface, but are good people at their core. It's somewhat surprising to me that Rush was created by filmmaker Jonathan Levine, who wrote and directed the pilot, and whose film work (including The Wackness, 50/50 and Warm Bodies) has impressed me with its emotional warmth and humanism. Rush is so generic that it seems like it could have been created by anyone, and the biggest disappointment for me is that Levine didn't come up with something more distinctive. Like most of USA's procedurals, Rush will probably be pleasant enough to watch in the background while doing something else, but is unlikely to rise to the status of appointment viewing.

Satisfaction, on the other hand, isn't just offering a slight tweak on the typical USA formula; it's a full-on serialized relationship drama, focused on the turmoil in the marriage of middle-aged suburbanites Neil (Matt Passmore) and Grace (Stephanie Szostak). That's not to say it's exactly original, though, just that it looks more like an AMC or FX or Showtime show than a USA series. It borrows heavily from American Beauty and other narratives about how tough it is to be a white, middle-aged, upper-middle-class man in the suburbs, and as such the tone gets tiresome very quickly. But the pilot does take a few unexpected turns, and it moves the narrative along pretty briskly, to the point where what starts out as general ennui ends up in some rather extreme places by the end of the episode.

Those places are actually so extreme that it's a little tough to see where the show will go beyond the first, extra-long episode, which often feels more like a feature film than a TV pilot. Neil and Grace go through an entire arc of dissatisfaction and rebellion in the single episode, more or less reconciling by the end. Some of the more out-there plot developments seem unsustainable, although from what I can tell the characters involved in those developments (to be appropriately vague in case people are worried about spoilers) are series regulars, so I guess the show will continue to explore those avenues. It's tempting to give Satisfaction too much credit just for breaking out of the USA mold, but the performances are pretty bland and the characters are often insufferable. It may not be copying other USA shows, but it's still copying something.

Peter Lawford is charming in the otherwise unremarkable mystery The Hour of 13, based on the 1933 novel Mystery of the Dead Police (which was previously filmed as the 1934 movie The Mystery of Mr. X). Lawford plays debonair jewel thief Nicholas Revel, who (through some rather unlikely contrivances) finds himself the chief suspect in a series of murders of London police officers, and must resort to even more contrivances in order to clear his name. Along the way, he's also hoping to cash in on a valuable emerald he stole from a socialite (which is what got him in trouble in the first place) and possibly seduce the daughter (Dawn Addams) of the London police commissioner. 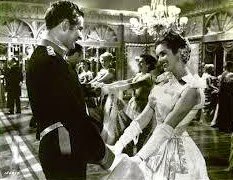 It's all rather breezy for a movie in which innocent policemen keep getting brutally murdered. Although Revel is in constant danger of being arrested for horrible crimes, he never seems particularly worried, and he takes foolish, unnecessary risks in order to spend more time with Addams' Jane, or just to nudge the police in the right direction for him to be able to sell his emerald quietly. Lawford's inherent likeability helps sell the improbable character, but even he can't compensate for the convoluted absurdity of the story, which gets more ridiculous as it goes along.

The Victorian setting (it takes place in 1890) lends some class as well, and the movie gets in a few amusing digs at the exaggerated British politeness of the time. Still, the mystery is completely uninteresting, and when Revel unmasks the villain at the end, his identity and motives are essentially meaningless. The title, too, is a bit nonsensical, referring possibly to the times at which the killer sends warnings of his impending crimes to the police (always at 1 and 3), or to the number of people he's planning to kill. It's a peculiar title for a mostly forgettable movie, although it did at least inspire the name of a heavy metal band.
Posted by Josh at Sunday, July 13, 2014 No comments: 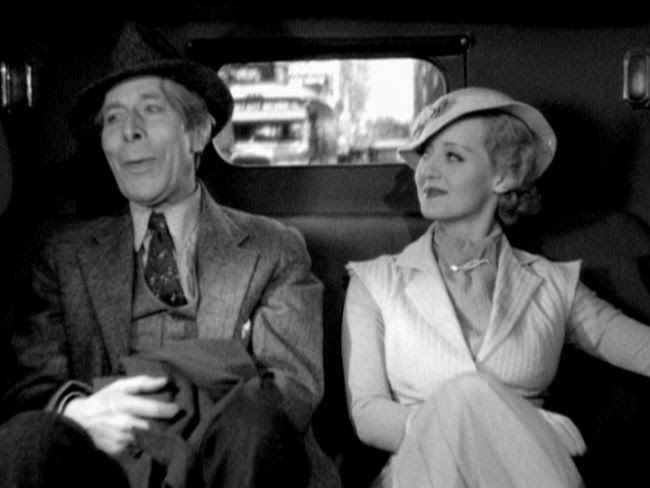 The inherent creepiness of George Arliss is just one thing that prevents The Working Man from being the charming comedy it's clearly aiming for. Really, Arliss' creepiness only exacerbates the problems with the plot, which features the main characters rather callously deceiving each other for dubious ends, and then just shrugging it off and laughing about it. The convoluted set-up finds Arliss' shoe magnate Reeves passing himself off as a harmless old man as he befriends the irresponsible young heirs to his late rival's company. His own business has been taken over by his ruthless nephew, so he decides to work behind the scenes to build up the competition. But then he takes a liking to the flighty young people (Bette Davis plays the daughter), and through another convoluted set of circumstances, manages to get himself appointed as the trustee to their inheritance so that he can mold them into upstanding citizens. 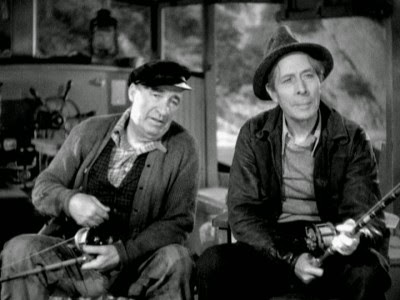 Got all that? That doesn't even take into account Davis' character's work undercover at Reeves' company (where she falls in love with the unscrupulous nephew) or the underhanded dealings of the manager at Reeves' rival's factory. The 78-minute movie has a dizzying array of plot twists, but it's all treated as completely inconsequential. Arliss gives Reeves a condescending paternal manner that makes him feel like the movie's villain, even though he's meant to be the level-headed voice of reason. The poor kids just want to cut loose and have some fun after their father has died and left them his fortune, but Reeves tricks them into becoming boring businesspeople. 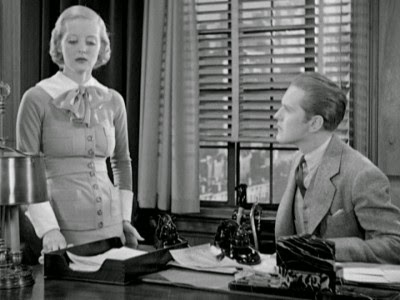 The Working Man is ostensibly a comedy, but it's more off-putting than funny, and by the end it's just exhausting. When Reeves reveals his deception to the two young people, they don't even get mad, despite the fact that he's manipulated them and held their rightful inheritance hostage. Davis does a decent job of playing the silly, flighty girl, but this isn't a challenging role for her, and the movie really belongs to Arliss -- which is, for the most part, to its detriment.
Posted by Josh at Monday, July 07, 2014 No comments: