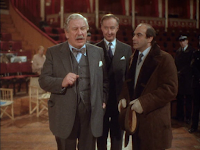 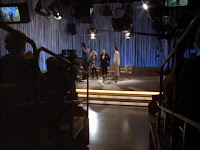 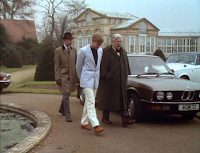 Sadly Nighy only shows up for a couple of scenes, and most of the movie is not nearly as amusing. It's a lot of dull procedural details and perfunctory appearances by red-herring suspects, all leading up to the requisite scene in which Poirot gathers the suspects and recounts his solution to the crime while they all listen (no one ever tries to run away). Despite Poirot directly spelling out the convoluted scenario, it's still a bit hard to follow, and I never quite understood the actual murderer's motive (the reasoning mentioned in the Wikipedia summary of the novel isn't in the movie). Even the modified title refers to a fairly minor event that's barely even depicted onscreen. I'm no Poirot or Christie aficionado, but I'm pretty sure that this forgettable production is of interest to hardcore fans only.
Posted by Josh at Tuesday, June 13, 2017 2 comments: