I suspect that the 1929 version of The Thirteenth Chair, directed by the great Tod Browning (Dracula, Freaks, etc.), is probably better than this 1937 remake (both were based on a 1916 play), but neither one is widely available, and this version happened to air on TCM, so it's the one I'm stuck with for now. It's not that bad, really, just kind of forgettable, a rather silly closed-door murder mystery that's both convoluted and rushed. It takes place in Calcutta for no good reason, although virtually every character is a white British person, and certainly no scenes were filmed anywhere near India.

After a rather unpopular gentleman is murdered, his friend gets the bright idea to stage a seance with all of the suspects in attendance, which will somehow lead to the murderer revealing him or herself (it's not clear exactly how this is supposed to work). Instead what happens is that the dumbass friend gets murdered during the seance, and now there are 12 suspects for both his murder and the original murder (the dead guy was sitting in, of course, the 13th chair). Thus the inspector who agreed to this stupid plan in the first place shows up to interrogate everyone and find the culprit.

There's some amusingly dry humor in the interactions among the characters, but the large cast is so cluttered that it took me half the movie just to get a handle on who everyone was (and even then I wasn't always entirely clear on it). After a while the red herrings and sudden reversals get pretty tiresome, and the ultimate resolution is simultaneously too neat and too random. The inspector treats everyone involved with obvious contempt, but then the suspect that he's completely convinced is the murderer turns out to be the wrong person, and he only finds out because the medium who conducted the seance (and is also the mother of one of the suspects) insists on yet another elaborate entrapment scheme that finally reveals the true culprit. But by that time, there had been so many twists that I had completely lost interest. Maybe eventually I'll get to see if Tod Browning managed to make the story any more interesting.
Posted by Josh at Wednesday, August 13, 2014 3 comments: 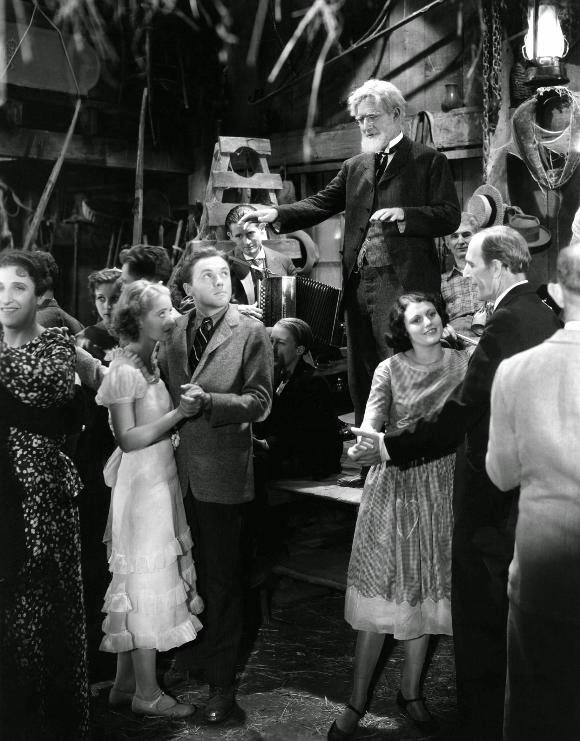 The message may be slightly ahead of its time, but the delivery is as old-fashioned as it gets, with plenty of scenes that could have been lifted directly from radio, including long interludes of Seth singing hymns with his neighbors and an opening comedy bit that highlights the confounding logic of backwoods business dealings. Combined with the haphazard plotting, it makes the movie a serious chore to watch. I can imagine big Seth Parker fans in 1931 getting a kick out of seeing their favorite character on the big screen, and probably recognizing some of his signature radio bits. Divorced from its original context, however, Way Back Home is just a bunch of lame, hokey jokes strung together into a tedious narrative. (And while he continued to have a successful radio career, Lord never starred in another movie.)
Posted by Josh at Tuesday, August 05, 2014 No comments: