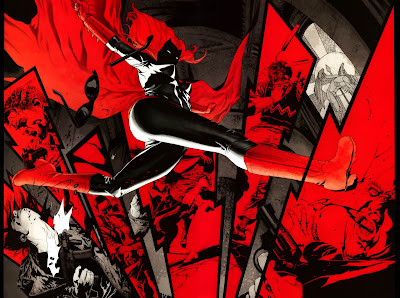 I'm a story guy. In comics, I follow writers far more than artists or even characters (which is the comic-book fanboy stereotype - "I'll read anything with Wolverine, even if it's written and drawn by monkeys!"). I've certainly stuck with comics that have bad art simply for the sake of the writing; I waited for years for J.K. Woodward's mushy art to be dropped from Fallen Angel, but I kept reading because I loved the story that Peter David was telling. And if the series comes back (and I hope it does), I'll stick with it even if Woodward never leaves.

So for me to pick up a book solely for its art is pretty rare, and even my favorite artists can't always get me to follow them to every project. (Am I buying that Sam Kieth Lobo book written by the guitarist from Anthrax that costs $6.99 an issue? No I am not.) But today I walked out of the comic book store with Detective Comics #860, after telling the clerk to take the book right off my pull list. Why? Because as sturdy (if uninspired) as Greg Rucka's writing is on the book that (for the moment) stars Batwoman, the only reason I have been reading is for the absolutely amazing art by J.H. Williams III, and 860 is his last issue. 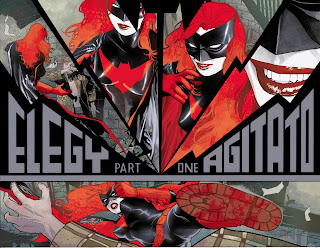 The first Williams work I read was in Alan Moore's Promethea, where the artist's innovative approach to layouts, stellar character design and rich, immersive world-creation often saved the navel-gazing new-agey subject matter that Moore indulged in during the series' later issues. Somehow, Williams has only gotten more daring and unconventional as he's moved on to what one would think would be the most mainstream, straightforward of projects: a superhero comic starring a Batman associate. Williams followed Promethea by working with Warren Ellis (Desolation Jones) and Grant Morrison (Seven Soldiers, Batman), among others, and he clearly took the lessons of drawing for these wildly creative writers and brought them to bear on Rucka's fairly conventional vigilante stories.

Not to belittle Rucka's contributions; he's a solid craftsman with a grounding in mystery novels, and he keeps the story humming along while Williams engages in flights of artistic fantasy, especially in the first story arc, with a trippy Alice in Wonderland-inspired villain. That arc features some of Williams' most audacious work, with fractured panels and double-page spreads where the action shifts from a superimposed figure in the foreground to various background panels and back again. 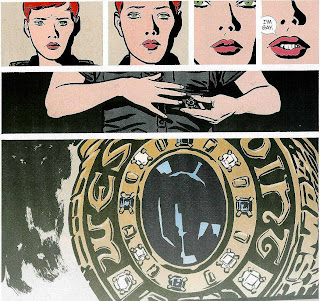 It's actually the just-concluded second arc that's more impressive in certain ways, though, with Williams restraining himself for flashback sequences detailing Batwoman's origin that feature traditional panel arrangement and a simpler, more straightforward approach to linework. Those are contrasted with the insanely detailed present-day sequences, masterfully colored by Dave Stewart, whose fractured structure represents the fractured life of the main character. As the flashbacks get closer to the present, the style fills in a bit, and in issue 859, when Kate (not yet a superhero) meets Batman for the first time, the simply drawn woman reaches her hand out to the lush detail of the imposing superhero. Mortal meets god as art styles collide.

It's a shame, then, that the vagaries of the DC machine mean that Rucka and Williams are off Detective after only seven of their planned 12 Batwoman issues; the next three will be a Batwoman story drawn by Jock, and as reliable an artist as he is, he's not enough to bring me back. Rucka has indicated that he and Williams will be launching a separate Batwoman series to continue their story at some point in the future, and I'll be all over that. With Williams, these stories become sublime graphic storytelling; without him they're just passable superhero comics.
Posted by Josh at Wednesday, December 23, 2009