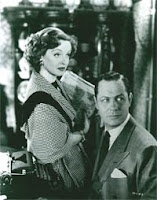 Unfortunately, once they leave New York for Indiana to work on the magazine piece about the wedding, the banter takes a back seat to lame gags about city vs. country living and a whole bunch of subplots about the Indiana family members that carry no weight whatsoever. Tack on a rather icky resolution that involves celebrating the quickie marriage of a 17-year-old girl (plus Carey at one point giving said girl a spanking, portrayed as normal and completely justified) and of course Linda's abandonment of her career in favor of marriage, and you have many of the worst qualities of '40s romantic comedies, and not nearly enough of the redeeming ones.
Posted by Josh at Sunday, August 08, 2010