Each year for the last few years, I've been compiling an extra top 10 list, a supplement to my main list of my favorite new movies of the year. It's a list of my favorite movies from other years that I saw for the first time this year (check out the lists from 2010, 2009 and 2008). Here are the best movies I saw for the first time in 2011 that were released in previous years. 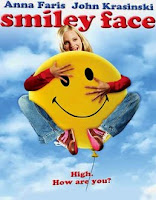 1. Smiley Face (Gregg Araki, 2007) I don't get stoned, but I love stoner movies, even though most of them are pretty dumb and just good for some cheap laughs. Smiley Face has plenty of laughs, both cheap and otherwise, but it's also just gleefully inventive, strangely profound and wonderfully acted by Anna Faris, who gives her absolute best comedic performance here. It's also a completely human, sympathetic performance. One thing I love about stoner movies is how they marvel at the simple things in life, and Faris pulls that off extremely well here. Even as things spiral out of control for Jane, there's this sense that the world is magical and everything will work out (although it doesn't, really). Far more than I ever thought I would get from a comedy about a slacker who eats too many pot brownies.

2. Mildred Pierce (Michael Curtiz, 1945) I watched this in preparation for writing about Todd Haynes' HBO miniseries version, which I ended up not really liking. Even though Haynes sticks closer to James M. Cain's novel, I preferred Curtiz's movie version that adds in a murder mystery and changes the plot to structure it around a lengthy flashback. It's more self-consciously a film noir, and that works really well for the story, especially in depicting the animosity between Mildred (Joan Crawford) and her reprehensible daughter Veda (Ann Blyth). The heightened style fits their viciousness better, and even though I generally love ambiguous, downbeat endings, I much preferred seeing Veda go off the edge and then get her comeuppance. It's still a tragedy for Mildred in the end, but it's tinged more with nastiness than sadness, and I found that more entertaining. 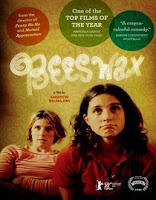 3. Beeswax (Andrew Bujalski, 2009) After being a little underwhelmed with Bujalski's second film, Mutual Appreciation, I really enjoyed this third effort of his, which features a tiny bit more plot but is still mostly just about aimless young people figuring out their careers and relationships. Tilly and Maggie Hatcher are great as twin sisters who are equally lost in different ways, and I love the matter-of-fact portrayal of disability, which becomes an issue at unexpected moments but is mostly just an unacknowledged, normal thing. Bujalski is a master of depicting realistically uncomfortable interactions; there's one scene here with an employee asking her "laid-back" boss for time off that's an absolute masterpiece of passive-aggressiveness. This movie is full of funny, real, quietly dazzling moments like that, and it once again makes me eager to see what Bujalski does next. 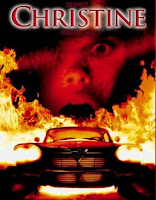 4. Christine (John Carpenter, 1983) I wasn't sure what to expect from a Carpenter adaptation of a middling Stephen King novel, but this turned out to be the most pleasant surprise of the month I spent writing about King movies. I enjoyed it more than the novel; Carpenter's version of the story is more enigmatic and menacing, and he does a great job of making the car into a recognizable force of evil even though it can't speak and doesn't have any facial expressions. The acting is solid, establishing characters to care about before the horrors start unfolding, and Carpenter is at his visually inventive height with the shot composition. It's just a very satisfying, well-crafted horror movie. Read more in my original post. 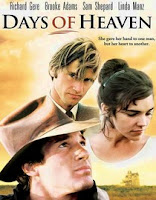 5. Days of Heaven (Terrence Malick, 1978) Malick's new The Tree of Life left me disappointed, but in preparation for a podcast on Malick with Tony Macklin, I watched the only other Malick movie I hadn't already seen, and it reminded me of what I loved about his work and what seemed missing to me in The Tree of Life. Days of Heaven is ethereal and abstract and hushed just like The Tree of Life, but it's grounded in a real story and real characters that can connect to the audience, so that Malick's musing aren't just anchorless pondering. Richard Gere and Brooke Adams are moving as the lovers trying to hold on to their connection in the face of an impossible situation, and having the narration come from Linda Manz's young, naive character gives it a purpose and point of view that The Tree of Life is missing. It's mesmerizing in its style and its visual poetry, certainly, but it's also a wonderfully human, often heartbreaking story.

6. The Baby (Ted Post, 1973) This is one of those random discoveries that turned out to be totally serendipitous; usually deciding to see a movie based on the DVD cover and description is a bad idea. But the promotional copy of this movie that came in the mail caught my eye, and it turned out to be a totally weird and insane horror movie/psychodrama. The title character is a full-grown man who acts and speaks like an infant; it's not entirely clear whether he's mentally challenged or just brutally conditioned by his bitch of a mother. Either way, a social worker takes on his case and gets way too attached, attempting to save him from the clutches of his evil family -- or so it seems until the final twist. Post and screenwriter Abe Polsky take the premise to every extreme possible, including some very messed-up sexuality. It's the kind of out-there exploitation movie that would have been tacked to the bottom of a drive-in bill and totally captivated the few people who actually stuck around to see it. 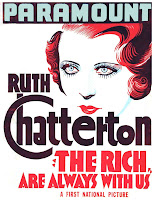 7. The Rich Are Always With Us (Alfred E. Green, 1932) Last year, I watched 30-plus Bette Davis movies, and my project to see her entire filmography is still ongoing. I saw much fewer Davis movies this year, and by now most of the ones I still haven't seen are forgettable quickies in which Davis plays a small part. So this random offering from TCM was a pleasant surprise, a sharp and sparkling pre-Code comedy with entertaining performances from Davis and Ruth Chatterton as a couple of socialites engaged in various romantic rivalries. It's stylish and silly (sometimes a little too silly) and a lot of fun to watch; a worthwhile gem among Davis' early work. Read more in my original post.

8. City Lights (Charles Chaplin, 1931) Silent comedies aren't my favorite things to watch, even if I can appreciate the talent and artistry of people like Chaplin and Buster Keaton. But I had a great time seeing this movie accompanied by a full orchestra, at a really cool event put on by the Henderson Symphony Orchestra here in Vegas, featuring a beautiful print of the movie shipped over from France. Chaplin's gentle, endearing comedy has some very well-crafted set pieces and a touching love story, and it made me smile all the way through even though I don't think I ever laughed. It was definitely enhanced by the live soundtrack, which included sound effects and a conductor dressed as Chaplin. It's the kind of all-encompassing, immersive moviegoing experience that we rarely get to have anymore, and I hope the Henderson Symphony Orchestra puts on more events like it in the future. (Check out Leila Navidi's lovely photo gallery from the event, including one picture with me in it.) 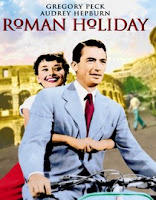 9. Roman Holiday (William Wyler, 1953) Last year, I had an Audrey Hepburn romance at the top of this list, and although I didn't enjoy Roman Holiday quite as much as Breakfast at Tiffany's, I still had a lot of fun with it. It's probably the prototype for a lot of lame romantic comedies and mistaken-identity stories, but it handles the contrivances well, and Hepburn has a lot of energy and genuine emotion as the sheltered princess who wants to cut loose and be an average person. Gregory Peck is nicely world-weary as the cynical journalist who falls in love with her, and the melancholy ending avoids the predictable rom-com result. 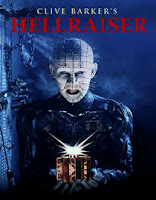 10. Hellraiser (Clive Barker, 1987) I think my appreciation for the original Hellraiser increased over the course of my week watching the entire series, although I still think Hellbound: Hellraiser II is the best of the series (but it isn't eligible for this list since I had already seen it before 2011). As the series got cheaper and more generic, Barker's original personal vision stood out more, with his twisted and strangely alluring combination of sex and death in a horror movie about carnal pleasures more than violence and gore. Hellraiser does some predictable horror-movie stuff, but it also takes a lot of unexpected routes, and its S&M-flavored design sense has become an indelible part of horror iconography. Read more in my original post.
Posted by Josh at Friday, December 30, 2011