This ridiculous B-movie gained notoriety thanks to a 1991 appearance on Mystery Science Theater 3000, and it's probably safe to say that many more people have seen the MST3K version than have seen the original. But I dutifully sat through the entire film without humorous commentary, although it's pretty funny on its own. Santa Claus Conquers the Martians is undoubtedly inept, but it's at least bad in an amusing way, from its insane premise through its cheapo sets and costumes and skewed vision of the Christmas spirit.

The idea is that the children of Mars are depressed because they've been watching too much Earth TV and learning about Santa Claus, and how he brings joy to all the Earth children. Concerned that Martian kids are missing out on the wonders of childhood, the ... president of Mars (maybe?) decides to kidnap Santa Claus from Earth and bring him to Mars to cheer up the Martian kids (of which we only see two, one played by a young Pia Zadora). Somehow this is not depicted as sinister, and the only villain is the killjoy Martian with a ridiculous mustache who wants to jettison Santa (and two annoying/cute Earth kids the Martians grab) out of the spaceship's airlock. 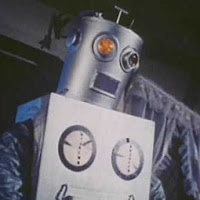 Santa comes off as hopelessly naive and possibly a little slow, as he seems not at all bothered by being kidnapped by Martians after they barge into his workshop and zap his elves and Mrs. Claus with freeze guns that look like hairdryers. He doesn't so much conquer the Martians as befriend them, rendering them all jolly with his super-creepy laugh and corny jokes. The movie is so focused on toys as the means to happiness for the Martian kids that it ignores any other typical Christmas messages about togetherness or goodwill or whatever. The "Martians" in green tights and face paint are hilarious enough, but even better are the guy in the polar bear suit who menaces the kids outside of Santa's workshop and the cardboard robot the Martians use to capture Santa. Production values this bad have to be funny at least a little on purpose.

The highlight is actually the lounge-y, extremely '60s theme song, which is incredibly catchy (and sung by the young Zadora). I'd much rather hear that in malls during Christmas than endless renditions of "Silver Bells" or "Silent Night." (Watch the whole movie yourself at the Internet Archive.)

The True Meaning of Christmas: Toys! Lots of toys!
Posted by Josh at Friday, July 02, 2010