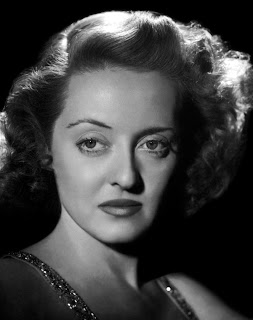 Were she still alive, Bette Davis would be turning 102 on April 5, 2010, and my guess is that if she were able to get out of bed she'd still be acting. From 1931 to just before her death in 1989, Davis worked steadily in movies (and in TV in the latter part of her career), through the highs and lows of fame and success, from Oscar-nominated roles to forgettable supporting parts, from acclaimed classics to pure trash. I first saw Davis in what might be her best-known role, 1950's All About Eve, about five years ago, and I was immediately mesmerized. Since then I've seen a few more of her films, but Davis' filmography is so varied and extensive that it's difficult to even know where to start. Over nearly 60 years she appeared in more than 100 feature films and TV productions.

Thus, April here at Signal Bleed will be Bette Davis Month, in celebration of the birthday of perhaps the greatest actress of all time. Each day this coming month I'll be posting about a different Bette Davis movie, covering all the way from her first film (1931's The Bad Sister) to her last (1989's Wicked Stepmother). In between I'll be bouncing around chronologically, covering both well-known classics and forgotten curiosities. I'm trying to broaden my Davis knowledge, so there won't be any movies I've seen before (I wrote briefly in the past about All About Eve, What Ever Happened to Baby Jane? and Now, Voyager). I'm leaving out TV for the sake of narrowing things down a bit, and I'm sure I'll miss a few notable films as well, given the scope of Davis' career. But I hope I can give a sense of Davis' genius and versatility, her magnetic and alluring screen presence, the way she luxuriates in language and can wither a co-star with a look. I'm looking forward to spending a month with Bette Davis, and I hope you will, too.

I really like this idea. The only movie of hers that I've seen is All About Eve (great film), but I'd like to see more. Let me know if you want company.